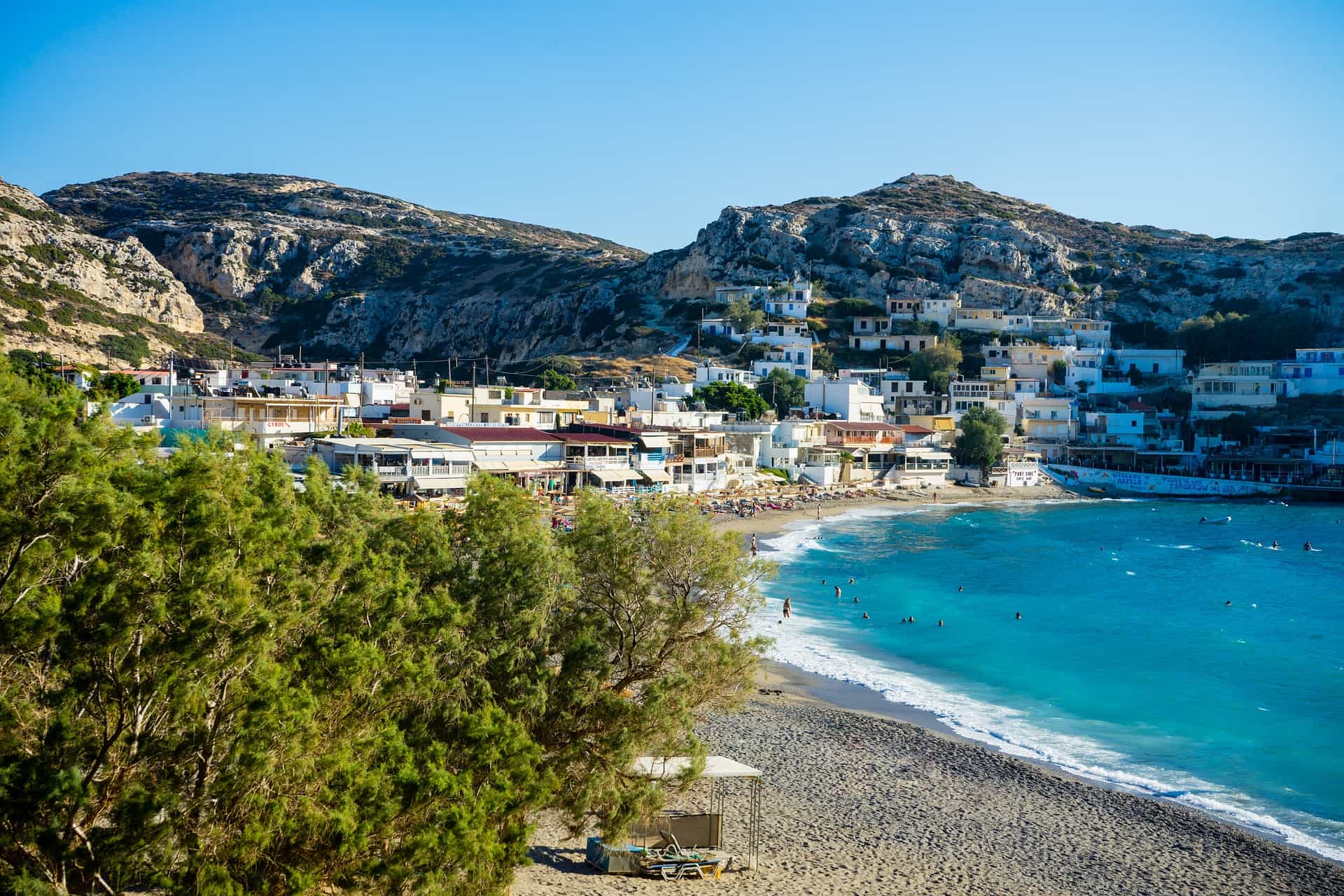 Welcome to another article about Crete !

This article will be about Matala, an amazing place, one of the best know villages in Crete.

It was world famous in the 60’s, during that time Matala was a fishing village. In the 1960s,

and the military junta.

Today Matala is heavily overbuilt and it relies on touristic activities.

You will find a lot of cafés, bars and restaurants just next to the sea.

How to Get to Matala

If you arrive at Heraklion airport you can rent a car and visit Matala. Matala is about 58 minutes

away from Heraklion airport, about 65 km. Another option is to arrange a transfer with your hotel, or to take the

Ktel buses or arrange a transfer by your own.

since the port and airport are not as far from each other.

take approximately 2 hour and 20 minutes drive. From Rethymno Port the distance to Matala is 78 km

and by car it could take you up to 1 hour and 30 minutes drive.

Simple Rent a Car’s staff will gladly wait for you at heraklion port and chania airport for your Matala car hire.

Visiting Matala as a Tourist

Matala is a touristic place. It has a lot to offer like the famous Matala Caves, Komos Beach,

horsefarm Melanouri, Moni Odigitrias. Some of those places are in Matala others just a few

km away. Of course Matala has a lot of cafés, restaurants, cafés, bars, hotels and apartments.

But let’s explain them one by one.

Matala Cave is one of the most famous places in Crete.

Matala Caves – a great place, tombs carved into the rock, through which you can walk freely to the top floor.

north side of the bay and beach.

No-one is actually certain when the caves of Matala were made.

Current thinking is that they are Roman or Early Christian

tombs. They became famous during the 60’s when they were occupied by the hippies. Some years

later they were driven out by the church.

Kommos is 1,5km away from Pitsidia, close to Matala and Phaistos. Kommos can be reached from the village of Pitsidia,

either by car (which is preferable) or on foot.

To get to Kommos from Chania and Rethymnon, drive towards Agia Galini. Continue to Tymbaki, pass it and turn off towards Kamilari, continuing until you find the road to Matala.

Komos is also an archaeological site in Heraklion Prefecture. One of the most important ancient towns in Crete.

Komos is a very large sandy beach one of the biggest in Crete. If you visit Matala visiting Komos is a must

This one is also a nudist beach. Just a few km away from Matala.

It is called red beach due to it’s sand the color of which is red.

It can’t be accessed by car. Either by boat or hiking

about 30 minutes from Matala.

Furthermore, there is a marine cave formed by the tall rocks that

surround the beach on the north side. Adventurous visitors can explore

the cave that can be reached by canoeing or even swimming.

of Komos. From Heraklion airport the distance is about 65 km, one hour drive. From Chania airport

It is an awarded beach with a blue flag. It’s length is about 620 meters.

It is a well organised beach with sunbeds, umbrellas, watersports and restaurants nearby.

It is a sandy beach with crystal clear water.

This one is not so close to Matala, but it’s beauty is beyond your wildest imaginations,

so we could not resist but recommend it. It is 21km away from Matala about 43 minute drive.

From Heraklion airport the distance is 75km about 1 hr 24 minutes drive. From chania airport

the distance is 148km about 3h drive. Agio Farago is called the gorge that leads to agio farago beach.

Crystal clear waters, sandy beach. Almost no waves due to the natural bay.

West of the beach is formed a beautiful arch, beneath which you can swim. Just above,

there are towering vertical cliffs, standing imposingly. Do not be surprised if you see an ascetic praying on the rocks.

If you climb the rocks on the east side of agio farago you will see a hidden treasure. Vourvouliotis

sea lake. It is a lake that communicates with the sea. A miracle of nature.

The palace of Festos

The Palace of Phaistos lies on the East end of Kastri hill at the end of the Mesara plain in Central Southern Crete.

To the north lies Psiloritis, the highest mountain in Crete.

It is likely that in the Early Minoan period small settlements were scattered over the hill on which the Palace later stood.

Dark on light pottery (Agios Onouphrios ware) has been found in the prepalatial levels on the hill,

but no Vasiliki ware from the Early Minoan II period has been found on the site.

An ancient  site that is worth the visit.

Melanouri is a horsefarm about 4.3 km, so 6 minutes from Matala.

They started with just 5 horses and now they have 10.

In addition there are goats, chicken, rabbits, cats and dogs on their farm.

is a place you have to visit.

The Holy Monastery of Odigitria is a male monastery, an old Stavropegian one,

offered on the western border of the Asterousia Mountains, in a fort.

from the time of Siva Pyrgiotissis. For branching from Moires – Petrokefali – Siva or from

Visiting Matala can bring you that hippie aura of the 60’s. A wonderful

of cafés and bars.

Watch our video drive through from Pitsidia to Matala

Rent a Car in Matala Crete 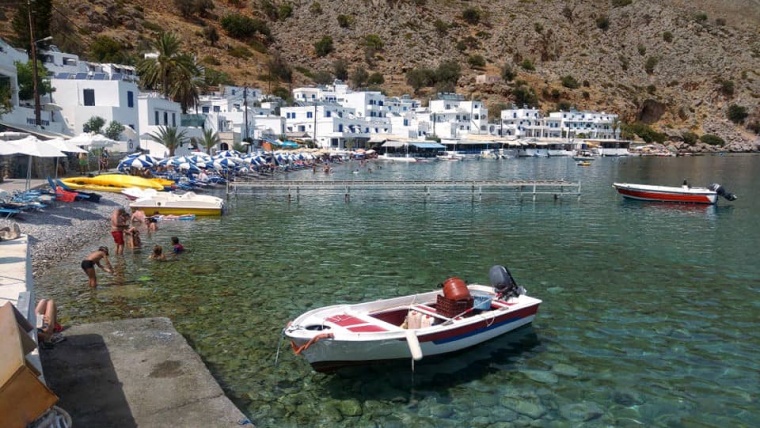 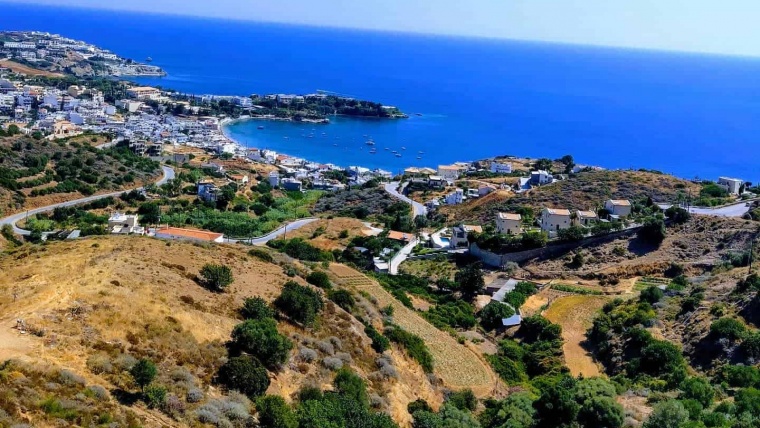